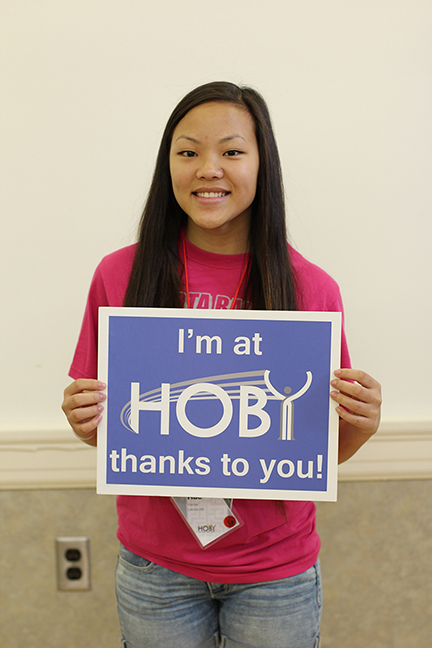 Whether your HOBY experience was as an ambassador, volunteer or as a family member, we can all look back and know what these four days mean to the student ambassadors and for some, how it changes lives. The Ambassador Sponsorship Campaign is your opportunity to give this experience to one particular sophomore from your alma mater, current area school or any school in need.

Help us ensure every school has the opportunity to send a student to the HOBY Ohio West seminar this year! Sponsor one student through this year's program for $200 — 100% of your donation goes toward the cost of meals, housing and programming materials.

Send a check through the mail:

HOBY Ohio West is a program of Routes to Success, Inc.

Please make checks payable to Routes to Success, Inc. and send to:

THANK YOU to all of our recent sponsors - HOBY could not happen without your support!